7 Types of Essays Every Student Needs to Know! An essay is a short piece of writing that typically discusses, explains, or argues something. There are many types of essays that students will encounter in their academic or professional lives. This article provides information about seven major varieties of essays and outlines examples for each type. It also includes links to relevant articles with detailed explanations and writing tips.

What is an Essay in English?

Why Essays are Important in English Writing?

Essays are important in English writing because they are an excellent way to improve one’s ability to communicate ideas. They are also a very efficient way of checking comprehension of materials being read since students must explain their thoughts on the material in writing.

For these reasons, essays are used in many academic settings for testing and grading purposes. For more information about grades and grading schemes, see this article.

How is an Essay Structured?

7 Major Types of Essays Every Student Needs to Know

This article defines seven major varieties of essays and outlines examples for each type. An essay is a short piece of writing that typically discusses, explains, or argues something.

There are many types and styles of essays that students will encounter in their academic and professional lives. This section defines and describes the most common types:

What are the Seven Types of Essays?

A descriptive essay describes a person, place, experience, emotion, object, etc., without judging it. The essay might evoke feelings in the reader based on their own experiences with this thing or idea (empathy). It often uses rich sensory details and vivid language to create images of what is being described. Sometimes a poem, story, or play will have a lot of descriptive detail.

“My Mother is the Kindest Person I Know”

Every morning, my mother wakes up at 5:00 AM. She spends an hour doing yoga and meditating while enjoying a cup of green tea. Before she starts her day, she always makes us breakfast. Her pancakes are some of the best I’ve ever tasted!

My mother has many positive traits that have influenced me in big ways. For example, since I was young, my mother would read stories to me at night before I went to bed. Now that I’m older, we talk about my favorite books or characters from them all the time. Another example is how much my mom cares about others who are not as fortunate as us financially. She’s always providing food to homeless people or helping with community service projects. My mother is the kindest person I know. A narrative essay tells a story about something that happened to the author or someone else. This type of essay might discuss an experience from a person’s life or recount something that the writer knows well from imagination—such as a character in a novel. It could be funny, sad, heartwarming, heart-breaking—almost any emotion can be used to hook the reader and make them care about what happened.

“My Adventure at SeaWorld”

I’m standing in front of the killer whale tank, waiting to get into the Shamu show. My heart is thumping so hard I’m afraid everyone around me can hear it. I’ve always been scared of big animals, but somehow I convinced myself to come here today because my friends are really excited about seeing the Shamu show. It was supposed to be a fun day with my friends, something silly and exciting before school starts up again next week. Now I wish I’d stayed home instead. A loud crack echoes through the stadium as two orcas swim by me at lightning speed… An expository essay explains or clarifies ideas and concepts by providing information based on research and facts. The main idea is usually introduced in the first paragraph followed by supporting details in the rest of the essay. The writing must rely on credible sources to convince readers that what it says is true. This type of essay uses clear language which explains or defines unfamiliar concepts.

“The Three Branches of Government”

In a democratic republic such as the United States, the three branches of government—the executive, legislative, and judicial—are separate from one another so that each branch has the power to check the others. For example, legislators could propose amendments to bills before they reach the President’s desk. The Supreme Court could overturn laws passed by Congress if they determine them to be unconstitutional. And US citizens have freedom of speech and can criticize all branches because none are above being questioned or criticized by citizens. A persuasive essay attempts to convince readers to agree with an opinion, argument, or theory that has been presented in a paper. It will include facts, examples, and reasoning that support its viewpoint, but ultimately it may take sides when presenting both sides would actually weaken its argument. This type of essay can be based on personal experience when attempting to persuade someone close to the author—like parents or peers—or it could draw from research in order to back up an argument made in a book or article.

“The Internet is Ruining the English Language”

When I was a child, my mother read me stories almost every night before I went to sleep. We’d sit on her bed with the lights out and she’d hold me in her arms as she read from a book. It’s one of my favorite memories from my childhood—this quiet time we shared together. But now, when I want to share this tradition with my children, my mom tells me that they’re too old for that and that they’d rather look at books on their tablets or laptops instead of curling up with Mom like we used to do.

As more people rely on technology for things once done by hand—like reading books—the language is evolving. Words are being shortened—like “u” for you or “ur” for your—and simpler words are replacing more complicated ones—like “data” instead of “information.” I think this is a shame. Every time we use abbreviations, there’s less emphasis on the individual letters within the word and it makes reading harder. It’s insulting to children to assume they won’t want to read books without pictures. An expository/ persuasive essay begins as an expository essay and ends with a persuasive argument which is further supported by evidence from the text. In this type of writing, the author will include both fact-based arguments and examples from their own personal experience—though not necessarily on the topic at hand. This essay might be written for a specific audience who will benefit from knowing both sides of a particular issue. For example, a student writing about increased gun laws could discuss the current situation then transition into his or her own experience with someone close becoming a victim of gun violence. Then they might end with an appeal—a final request that the reader considers something like creating more stringent gun laws or punishing perpetrators of gun violence more severely.

“Google Glass: A Powerful Tool for Good or a Threat to Privacy?”

My husband and I were in Chicago for our anniversary when we decided to stop in at the Art Institute. When we walked through the front doors, we saw a man wearing glasses like no other—they were made of clear glass and you could see right through them. He was standing next to a sign that read “Google Glass,” so my husband went up to him and asked what he was doing with these strange glasses on. The man explained that they could record everything he sees and send it back to his friend—who can view it remotely—and hopefully come over and help if anything happens. Now, people could this technology for good—to record evidence of social injustice or to help friends with disabilities—or it could be used for bad. Thieves could record your credit card information or passwords as you type them, and stalkers can follow you without you even knowing it if they wear these glasses while following someone around town.

The best way to keep this technology from being used for illegal purposes is by outlawing the use of Google Glass in public places where privacy is expected—like bathrooms, dressing rooms, or locker rooms. If everyone knows that their actions are being recorded when they’re out in public, maybe there will be less hanky-panky behind closed doors! A reflective essay is about the author’s thoughts, feelings, and insights on something that has happened in their life or on a topic where they have experienced some form of personal growth. The author tells their own story which provides an opportunity for introspection—looking inward to find lessons learned throughout life. It could also include an analysis of how the event affected the author’s beliefs or views on a particular subject. This type of essay might be written in first-person point of view with “I” statements while it discusses the writer’s experiences and discoveries over time, both during childhood and into adulthood.

“The Fall” by Albert Camus

Late August in Paris and the dirty water of the Seine was barely moving. For most people, it is just another hot day in a string of many; for me, it’s the end of an era. The past six years were glorious: I had my own apartment near Notre Dame Cathedral, my job as an office clerk at a law firm, coffee with friends every afternoon at Les Deux Magots on Boulevard St. Germain…and I had Loic. We’ve been together since high school but everyone said it wouldn’t last this long—I guess they were right because he threw that chipped coffee cup against the wall behind me stormed out during our morning argument. I’m not sure what he meant when he said, “I want to leave you but I don’t want anyone else to have you.” What is that supposed to mean? Is he breaking up with me or not? This has been the most difficult relationship of my life and maybe it’s time we both moved on. A research paper relies on credible sources—both primary and secondary—to back up its main idea. It should include a title, introduction with a thesis statement, several paragraphs of body text which develop the main ideas, and a conclusion that restates the thesis. Works cited or reference page is included as well as any other sort of documentation needed to credit the author’s ideas. This type of essay may be persuasive or non-persuasive depending on whether an argument has been made.

Global warming is defined as the increase in average temperature near the Earth’s surface and in the troposphere, which can contribute to changes in global climate patterns. This includes temperature rise throughout the oceans and atmosphere; higher sea levels; increased frequency of extreme weather conditions like heat waves, heavy rainfall, droughts, wild fires, storms, etc.; melting glaciers and polar ice caps which contributes to rising sea level; extinction of plants or animals due to habitat loss. Scientists have concluded that human activities are responsible for 70% of global warming—mainly because burning fossil fuels releases greenhouse gases into the air—and many are worried about how will affect natural ecosystems around the world. 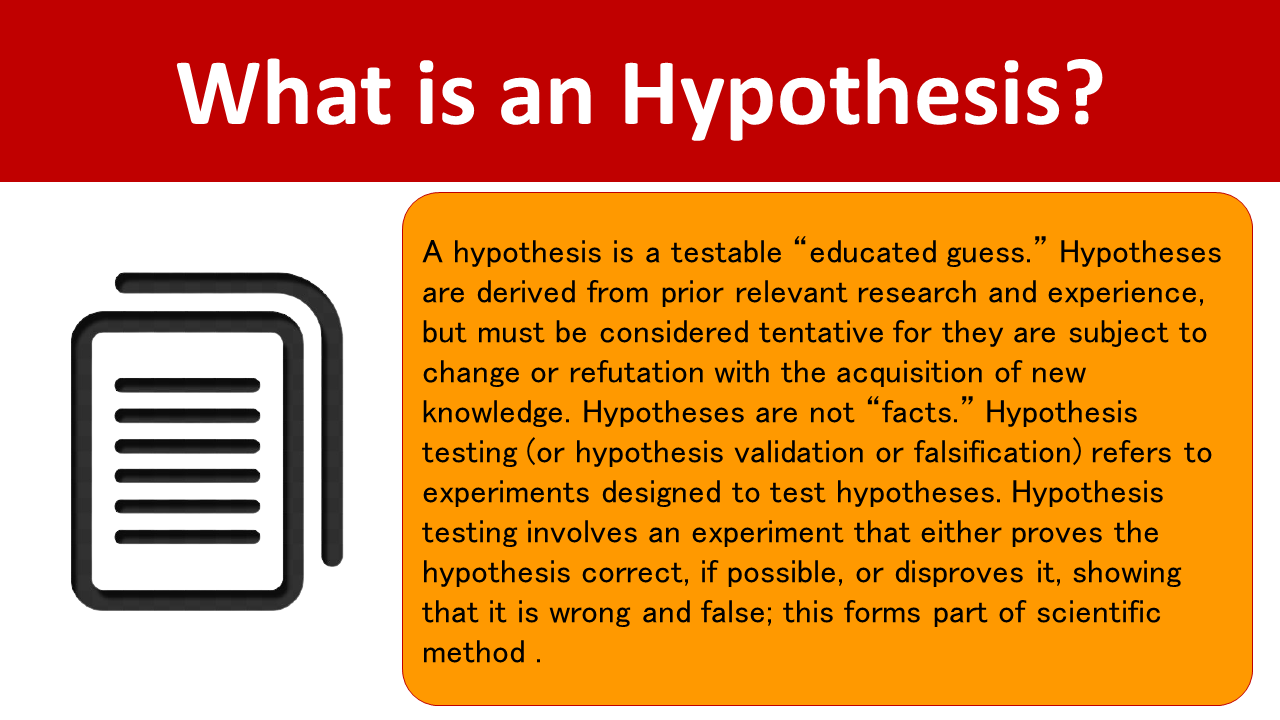 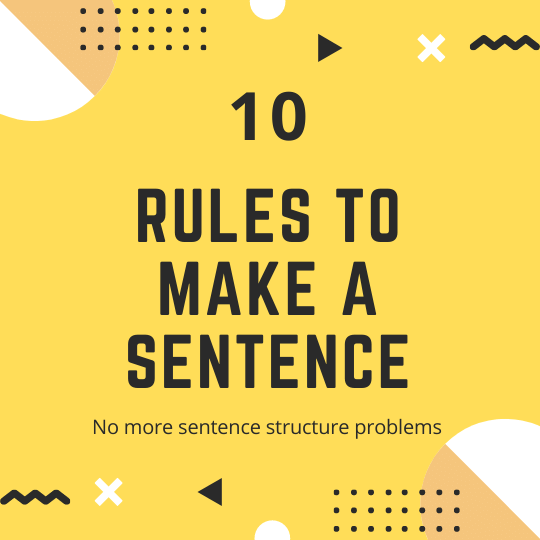 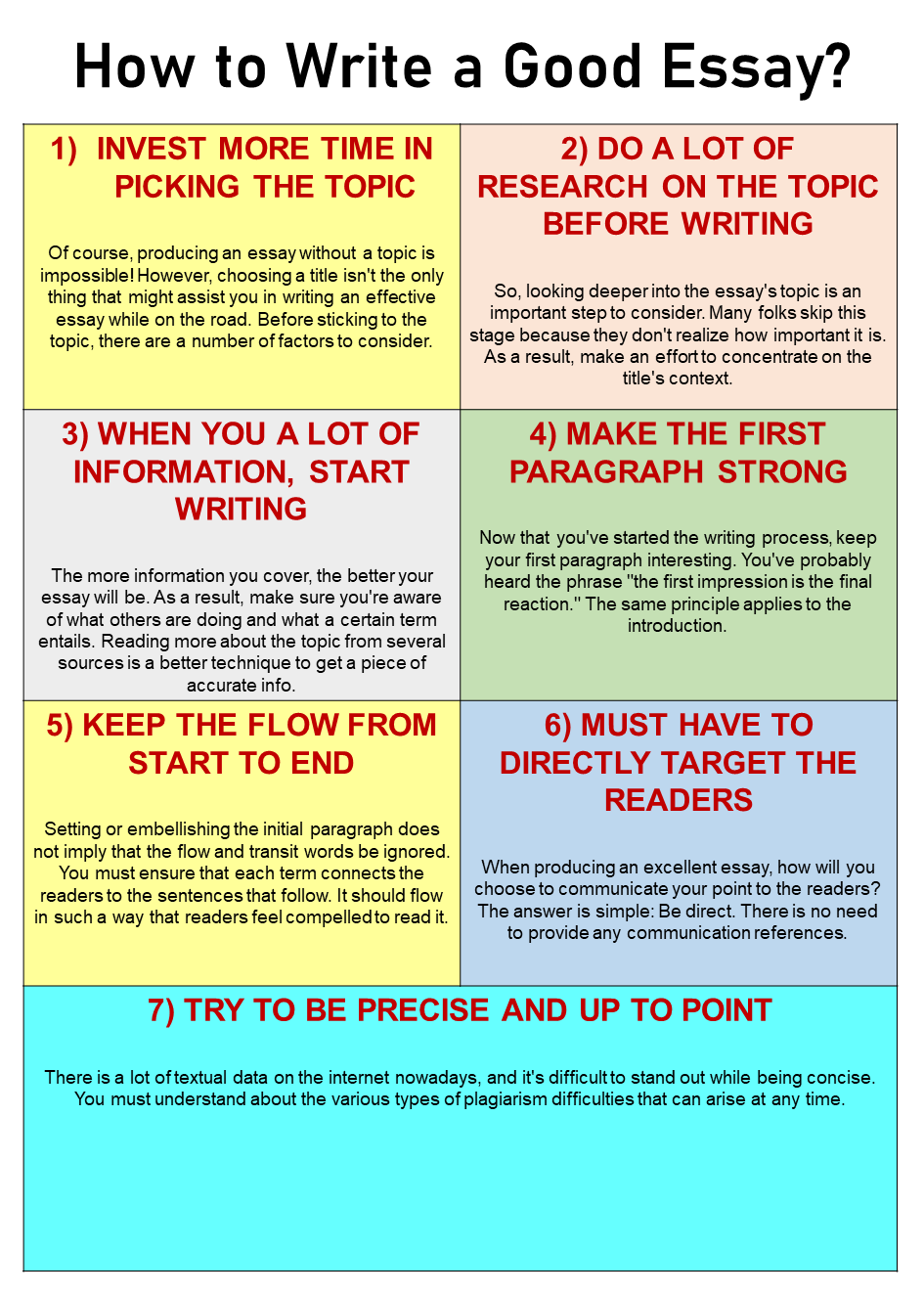 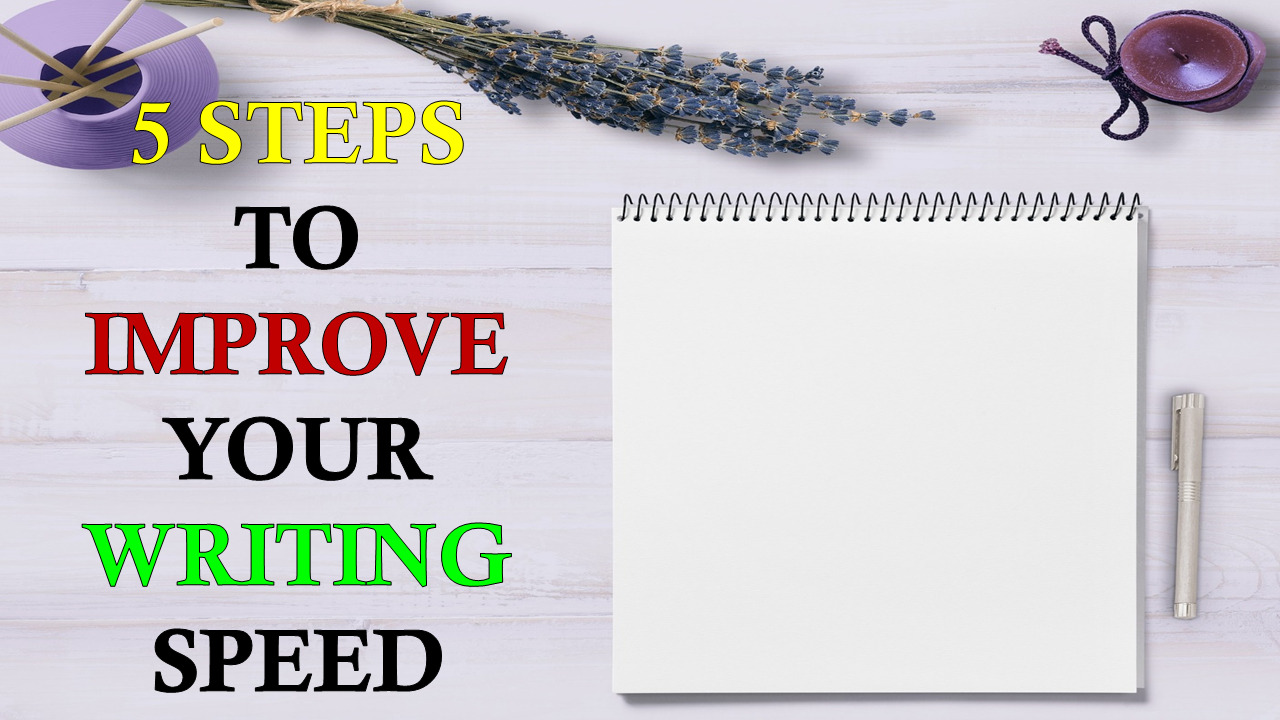 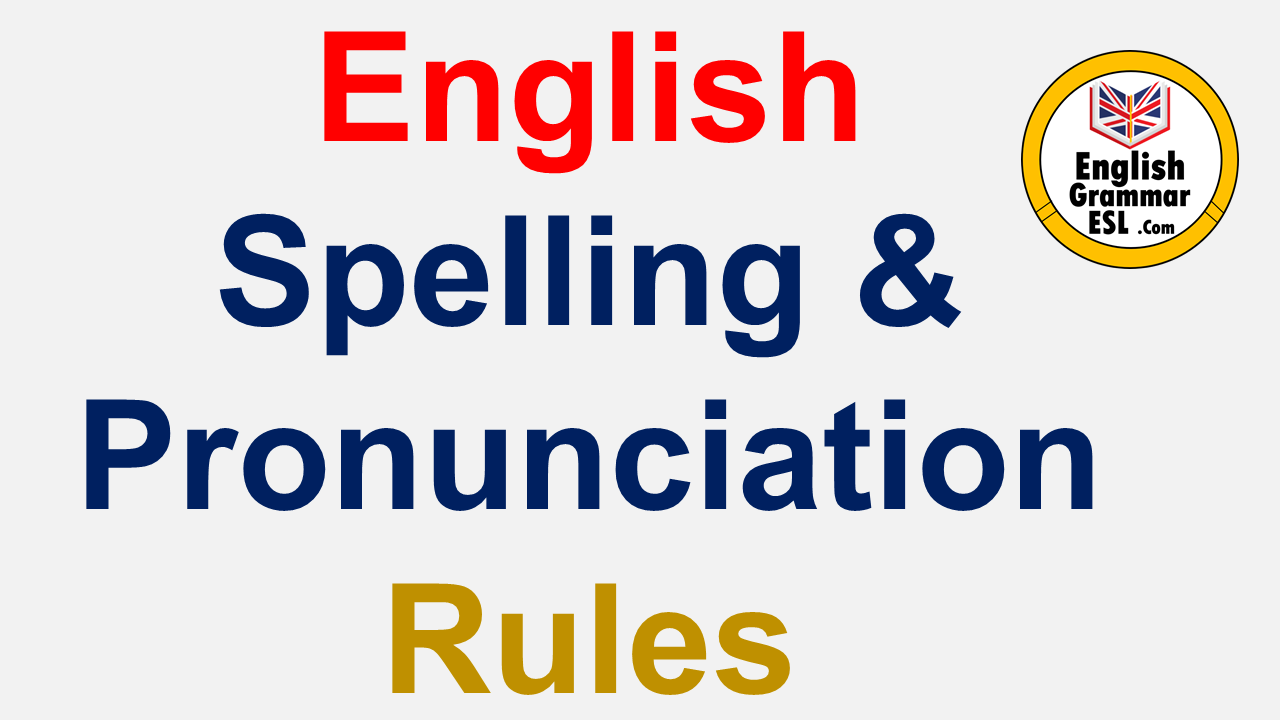 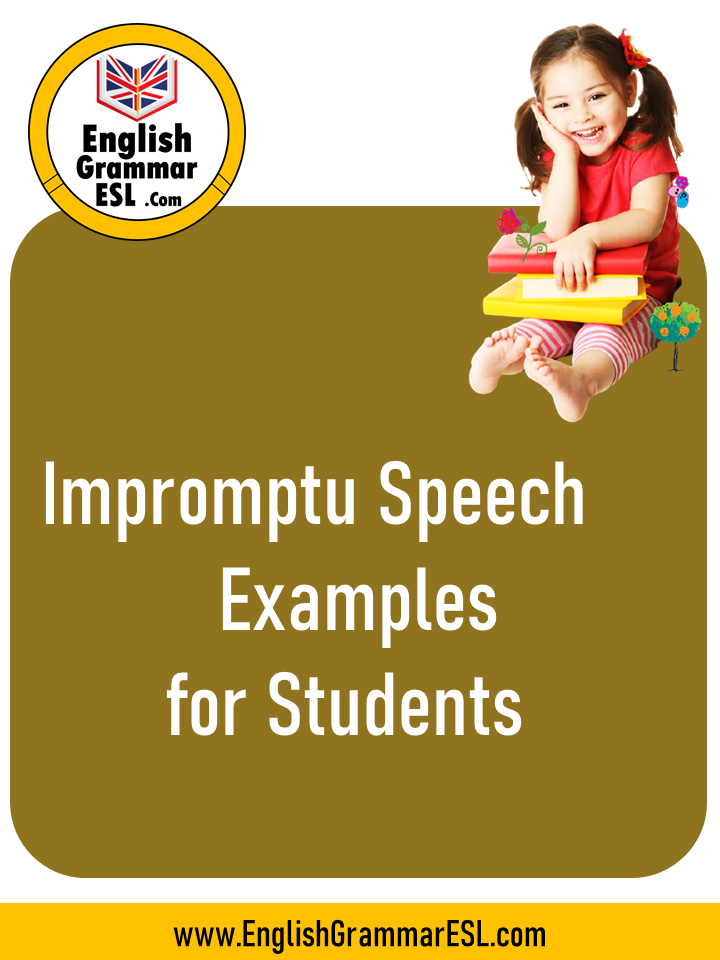